Top
When is the season for kitesurfing in Fuerteventura? Top 3 Tips - bstoked blog
fade
4251
post-template-default,single,single-post,postid-4251,single-format-standard,eltd-core-1.1.1,flow child-child-ver-1.0.0,flow-ver-1.3.7,,eltd-smooth-page-transitions,ajax,eltd-grid-1200,eltd-blog-installed,page-template-blog-standard,eltd-header-standard,eltd-sticky-header-on-scroll-up,eltd-default-mobile-header,eltd-sticky-up-mobile-header,eltd-menu-item-first-level-bg-color,eltd-dropdown-default 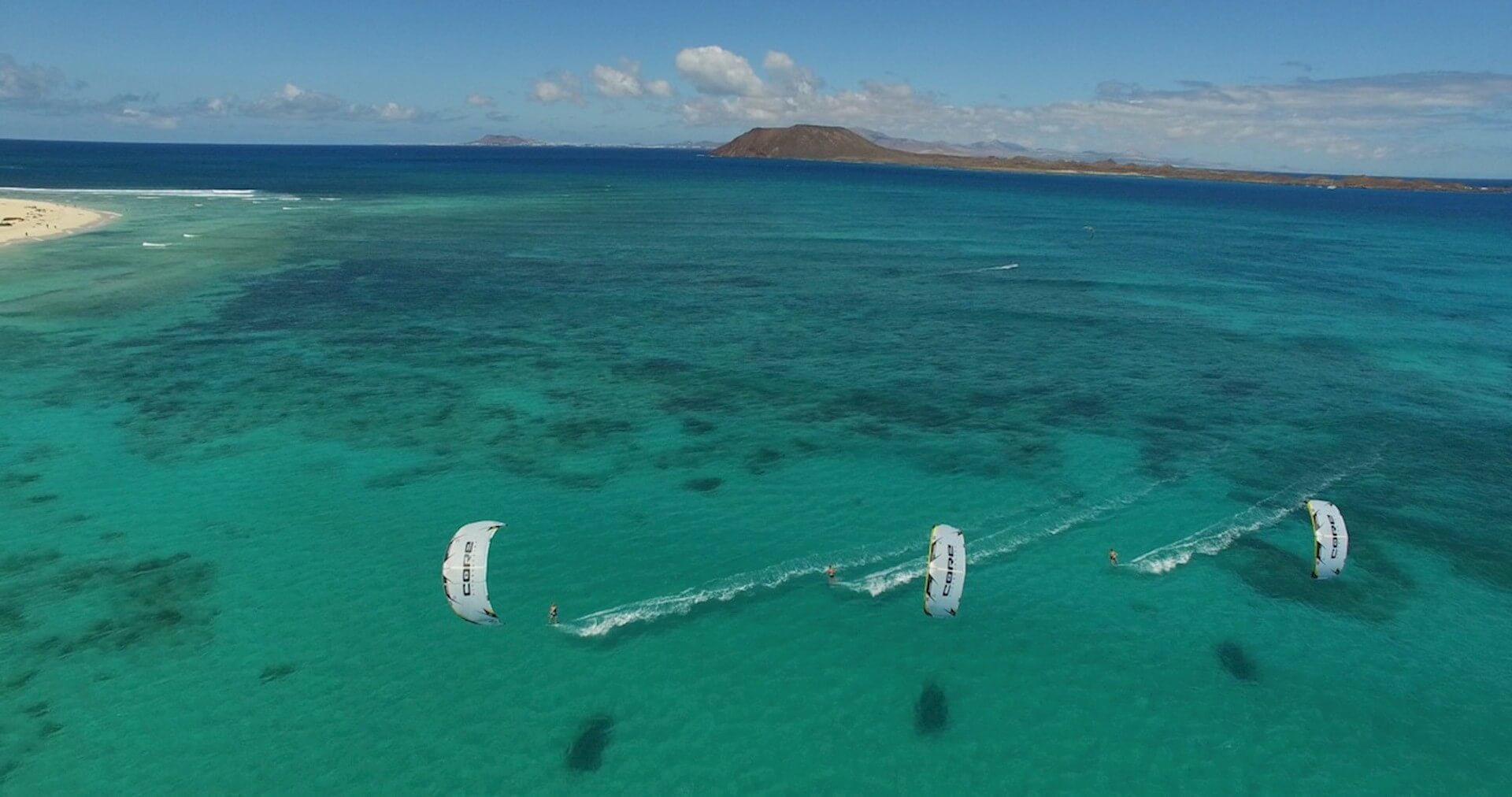 When is the season for kitesurfing in Fuerteventura? Top 3 Tips

Known best for its chilled island vibes and sunny tourist beaches, Fuerteventura is a popular destination for travelers of all kinds- but of course we know it best for its pumping wind and fantastic sandy kite beaches.

Let’s look in more detail at the season for kiteboarding in Tarifa; we’ll tell you when and where you can kitesurf as well as the best time of year to go.

Average water temperature: 19 degrees Celcius, with lows of 17 in the winter and highs of 21 in the summer.

Wetsuit recommendation: In the spring and summer you won’t need a wetsuit (early in the season you may find a spring suit/shorty is good to have on hand) but in the late autumn and winter you’ll need a full 3/2 if not 3/4 wetsuit.

Tips for beginners: The safest and most comfortable learning conditions (stable wind, side-onshore orientation, no obstacles) are usually found at Flag Beach. For flat water, the best place for beginners to learn is Costa Calma. It’s possible for beginners to ride in other locations too, but try to avoid the offshore wind at Sotavento and the big waves along the northern coast.

>>>Check out bstoked experiences in Fuerteventura<<<

Top tips to know about the kitesurfing season in Fuerteventura

You can go kiteboarding in Fuerteventura practically all year round

Although it’s true that the summer months are the most popular and predictable wind-wise, it’s possible to kitesurf in Fuerteventura from late autumn to early spring as well. The summer months bring strong, stable wind and warm, pleasant weather which is why that time of year is so popular amongst kitesurfers. During the winter, the wind power drops considerably and can be quite unpredictable, and at the same time the waves get much bigger and the air becomes colder. Despite these factors, the locals kite at various different spots throughout the winter season as well, so if you’re dying for a winter session you know Fuerteventura is an option (an especially good one if you’re also keen to complement your kiting days with some surfing). 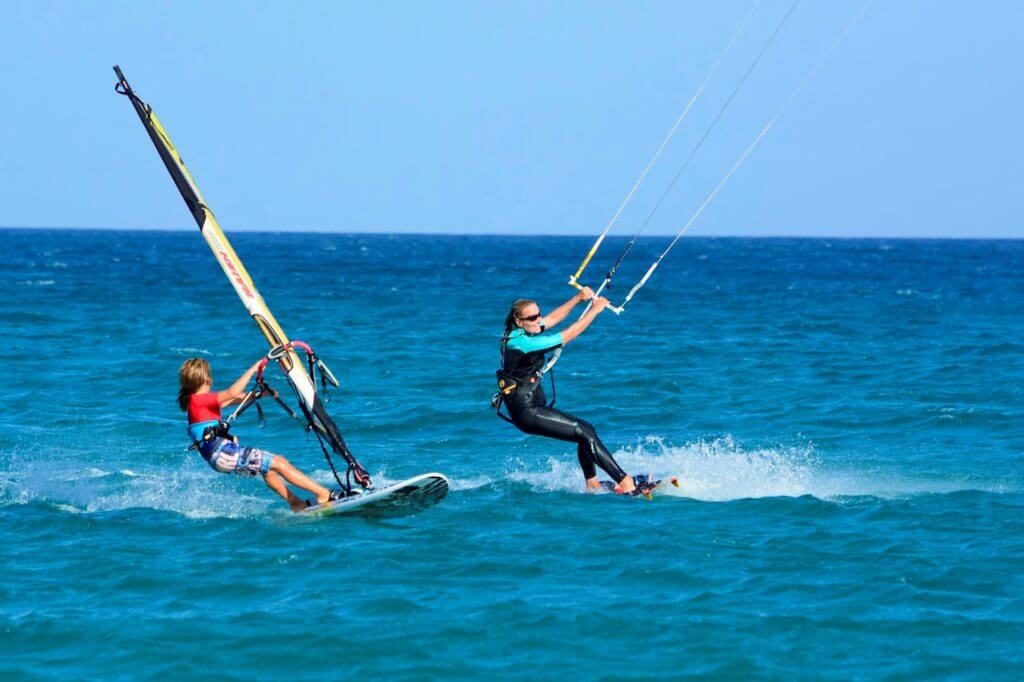 Windsurfers and kitesurfers riding together in Fuerteventura

Thanks to the lovely summer weather, the warm water temperatures, and consistent blowing of the trade winds, these months are pretty much considered to be the high season for kitesurfing in Fuerteventura. Expect the wind to blow anywhere between 15-28 knots depending on the spot. Average water temperatures hover around 20 or 21 degrees, meaning you won’t need a wetsuit either.

Beat the crowds by visiting early or late in the season

Spain’s high tourism season hits around mid June and lasts through the end of August. Fuerteventura can get pretty packed during this time, and that goes for space on the beaches, in the hotels, and in the towns. A lot of people prefer to visit when it’s a bit less busy, so if you’re one of those people you’d be best off heading there around April/May or September/October.

>>>Check out all bstoked Kitesurfing experiences in Spain<<< 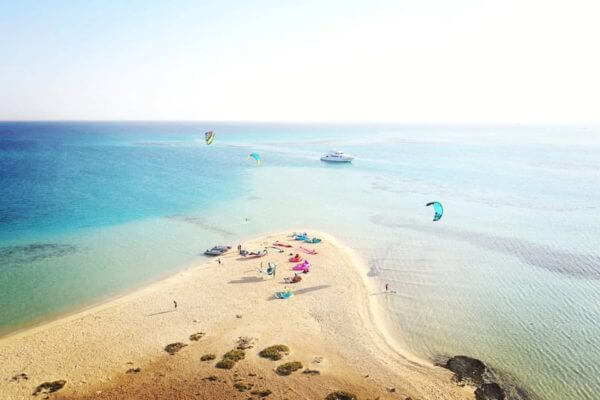 Previous post
Make the Most of Your Kitesurfing Holiday in Egypt
Next post
Kitesurfing in Sicily, Italy