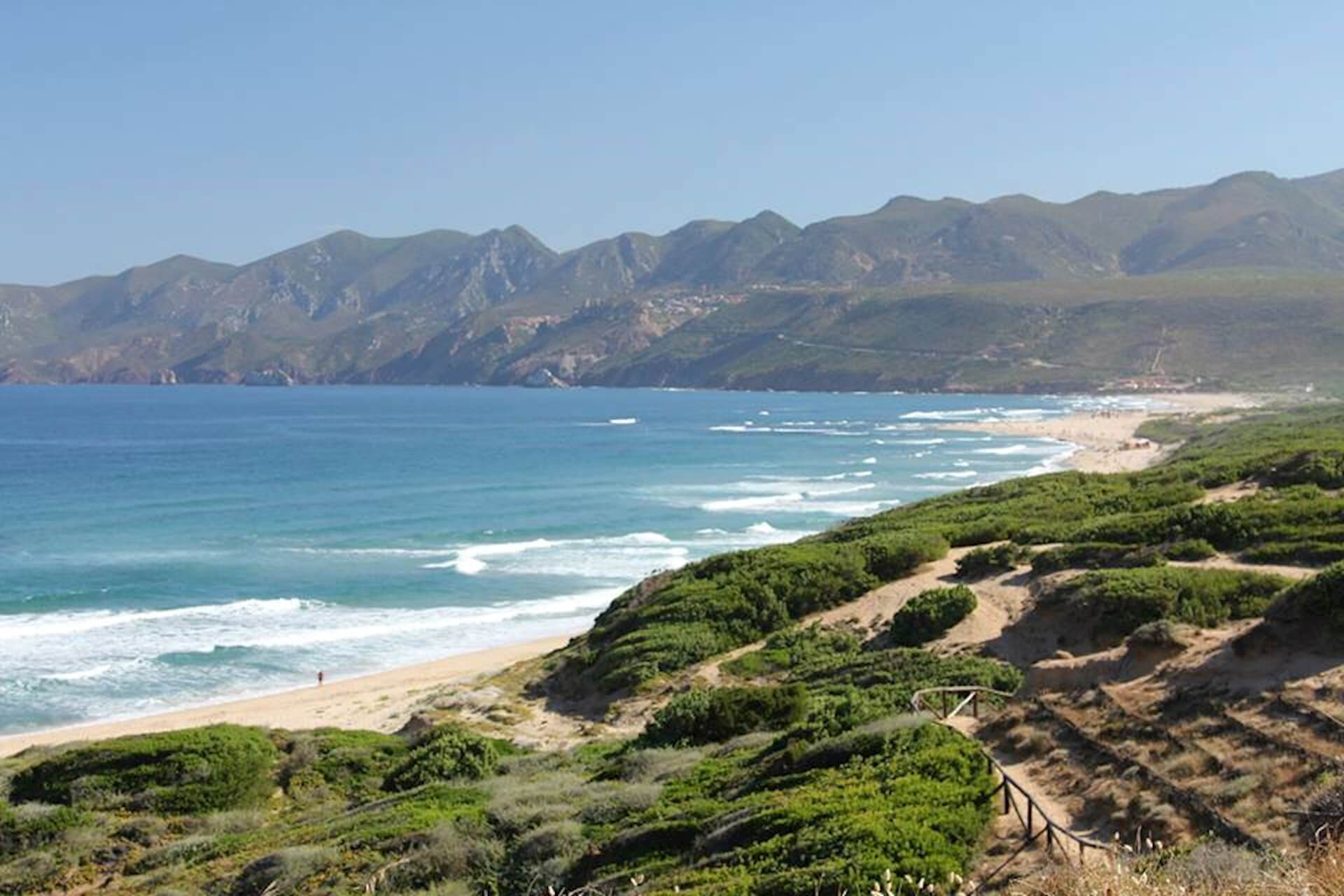 The Ultimate Guide to Kitesurfing in Italy

Why kiteboard in Italy?

Italy offers a diverse landscape and variety of kiteboarding conditions. You can kitesurf amid the Italian Alps or head south to Sicily and ride in Mediterranean paradise. Each kitesurf spot has a unique ambiance and it’s possible to kitesurf a large variety of places on a single trip. Many spots have consistent wind that are thermal based – rather than storm based and gusty like you often see in northern Europe.

Best of all, you can say “Buon Appetito!” in between kitesurf sessions as Italy is obviously the world’s capital of scrumptious wine and pasta-based dishes that vary from one region to the next.

Kitesurf camps tend to range from budget backpacker style to luxury retreats. There are plenty of places to take lessons or simply relax for a holiday of nonstop kiting among friends. If you just want to rent gear or brush up on a single lesson, there are plenty of opportunities to do that, too.

Best of all, after a long day out on the water, you’ll be able to refuel on delicious Italian fare available at many of the best kitesurfing destinations.

In this guide, we’ll cover the best regions to go kiteboarding in Italy and the essentials that you need to know.

The best time to kitesurf in Italy: March to October. June to August tend to be high season for tourism and might have to dodge swimmers.

Wetsuit recommendation: 3/2mm in winter, 2mm to swimsuit or boardshorts in summer.

What beginners need to know: Italy is a great kitesurfing destination for beginners. There are plenty of spots that are shallow, have flat water, and wide, sandy beaches ideal for launching and landing. Some spots to consider include La Stagnone, Porto Pino, and Porto Pollo.

The best regions for kitesurfing in Italy

It’s hard to believe that so many stellar kitesurfing spots can exist on the coastline of such a small island. Sardinia is a top kiteboarding destination from beginners to advanced kitesurfers. Freestyle kitesurfers will love the flatwater spots of Porto Pino, Porto Pollo, and Badesi. Beginners have a vast choice of kitesurfing schools to choose from. There are also a few small wave spots for those with a surfboard in tow. Sardinia is also one of the only places where you can go on a kitesurfing cruise as some of the best kitesurfing spots are only accessible by boat.

Out of the water, you can trek through the rolling hills or sample local dishes at the many mom-and-pop restaurants throughout the island. 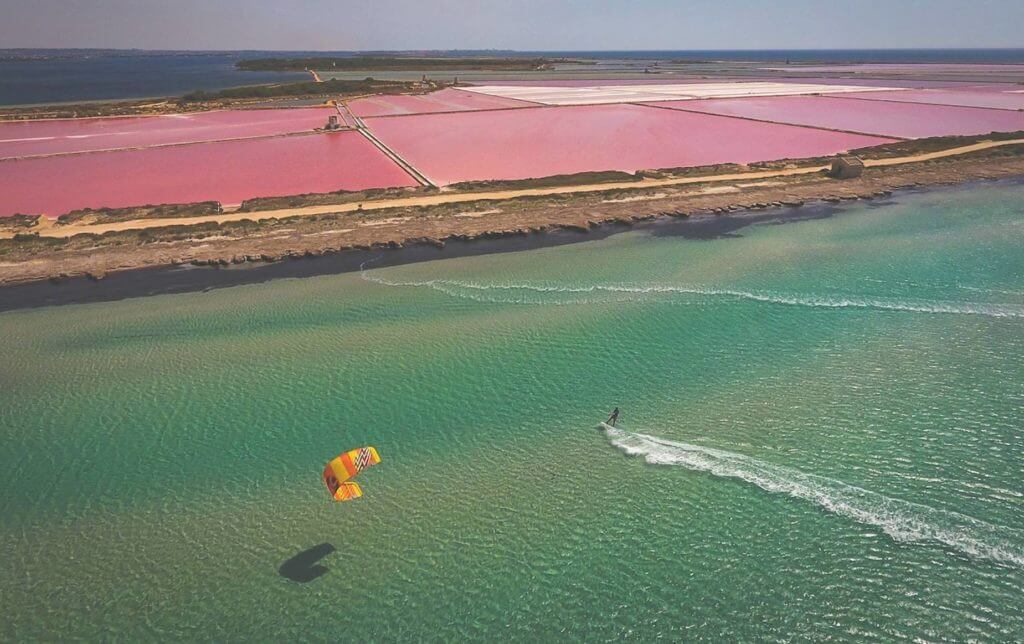 Sicily is a large island near the toe of Italy’s boot. Here, you’ll be able to access what’s arguably the best kiteboard spot in all of Italy – Lo Stagnone, a large flatwater lagoon. If you want to venture off the beaten path, make your way to the handful of alternative spots that surround Sicily. If going on a kitesurfing cruise is on your bucket list, you’ll be able to do that around Sicily as well. A yacht will take you around the Egadi Islands and can adapt to the wind direction for nonstop kiting.  No matter if you’re looking for a lively crowd and vibrant atmosphere or stretch of coastline all to yourself, you’ll be able to find it in Sicily.

When people think of kitesurfing in Italy, they typically imagine white sand beaches on the Mediterranean coast. However, Lake Garda and Como Lake set among the Italian Alps offer freshwater kiteboarding over flat water with consistent wind howling nearly every day. You can launch your kite from a boat right in the middle of the lake – an experience most of us rarely have.

Many travelers make their way to Tuscany because of its history. Tuscany is one of the only destinations in the world where you can kitesurf in front of ancient Roman ruins at one beach and check into a modern luxury resort at the next. Tuscany typically has consistent thermal winds and medium-sized beaches that border intriguing towns. It’s worthwhile spending time exploring Talamone, Vada, and Marina di Grosseto. Fiumara in particular is a popular spot every day that the seabreeze kicks in (like clockwork). If you want waves, opt for Calambrone.

Puglia includes the heel of Italy’s boot, bordering the Adriatic Sea. Most of the beaches along this stretch of coastline are pristine and are lined with whitewashed architecture. Many of the spots are well-known among locals, but rarely visited by outsiders (though you will find a few kitesurf schools throughout). The most popular kiteboarding spots are Frassanito, Alimini, Spiaggia Lunga, Torre San Giovanni, and La Strea.

If you’re on a short trip or if it’s your first time to Italy, you’ll probably spend some time in Venice. While Veneto isn’t a top kitesurfing region in itself, there are some worthwhile kitesurf spots that make a great day trip from Venice. Sottomarina to the south of Venice and Carole to the north both are decent beaches that will help you get your kitesurfing fix when the wind is up.

Calabria encompasses the toe of Italy’s fine boot and borders the island of Sicily. Since the tip of this region is so narrow, you can easily cross from one side to the other in search of better kitesurfing conditions. Calabria is home to some of the most lively kitesurf areas like Hang Loose Beach (officially called Gizzeria), Pellaro, and Steccato. It’s the best region to kiteboard if you love the typical resort lifestyle, thriving nightlife, and beautiful beaches. 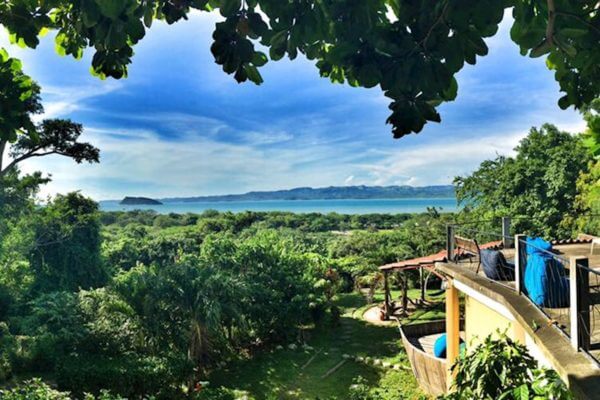