Everything You Need to Know About Kitesurfing in Tarifa

Tarifa’s kitesurfing game is top notch; it’s one of those places where the kitesurfing lifestyle thrives as much as the sport itself. Thanks to its extremely reliable (and strong) year round wind, Tarifa is the stomping ground of many European pro riders who frequent the beaches to train during the blustery summer season, as well as novice and intermediate kiters who come to challenge themselves and progress in the most powerful conditions in Spain- if not in all of Europe.

On the beach, Tarifa’s azure waters and powdered sugar sand are the backdrop for hundreds of kites, while inside the town the winding, cobbled streets are bursting with people there to explore the quirky little bars and local tapas restaurants.

Its location at the most southerly point in Europe combined with its close proximity to Africa means that Tarifa enjoys a mixed bag in terms of its culture and influences. At its narrowest, the Strait of Gibraltar separate Tarifa from Morocco by just 14.5 kilometers!

To many, this is one of the most impressive things about Tarifa: the sweeping coastal views, the calm of the hilly countryside behind the town, and its vantage point that overlooks where the Atlantic meets the Mediterranean Sea- but for the kitesurf community, the best thing about Tarifa is definitely the wind.

Best time to kitesurf in Tarifa: Between April to October, although it’s possible to kitesurf here year round. Late spring to early autumn is ideal because the air temperature warms up then and the wind is consistent.

Wetsuit recommendation: In the summer you likely won’t need a wetsuit (you’ll probably be comfortable in rashy), but in the winter you’ll want a 3/4.

Tips for beginners: There are two wind directions in Tarifa that switch on and off at irregular intervals throughout the year. The first type of wind is called Poniente; if you’re a beginner this is the kind of wind you should be kiting in. It’s a warm, onshore wind that blows from the west/northwest and brings moderate chop and 15-25 knots.

The Levante is a cold, dense, off/cross-offshore wind that comes from the east/northeast and it’s much stronger and gustier, which makes it quite a bit harder to learn in (plus when you’re a beginner, offshore wind should be avoided at all costs). Keep an eye on the forecast close to the time as Tarifa’s wind forecasts change at the drop of a hat.

>>>Check out bstoked experiences in Tarifa<<<

Best spots for kitesurfing in Tarifa

Often considered the main kiteboarding hub in Tarifa, Los Lances is where you’ll find a lot of the kite schools and other water sports facilities. It’s a stretch of beach that goes on for close to 3 kilometers. The space is segregated based on where schools can operate and where independent kiteboarders can ride, making it one of the better organised kite beaches in all of Spain.

It’s easy to access from the road, has free water, toilets, and best of all they also have a rescue service called “Sea Angels”. Best to kite here with Poniente wind (cross onshore and small, very manageable breakers).

Another great Poniente spot, this part of the beach just west of Tarifa itself is a perfect location for beginners and more advanced riders alike. The designated kiting area can get a bit busy during the peak summer months, but most of the time it’s a favourite for the locals because it works in more wind directions than some of the beaches closer to town. Plus, there are some great beach bars and burger joints down there- ideal for chilling out at after a big session. 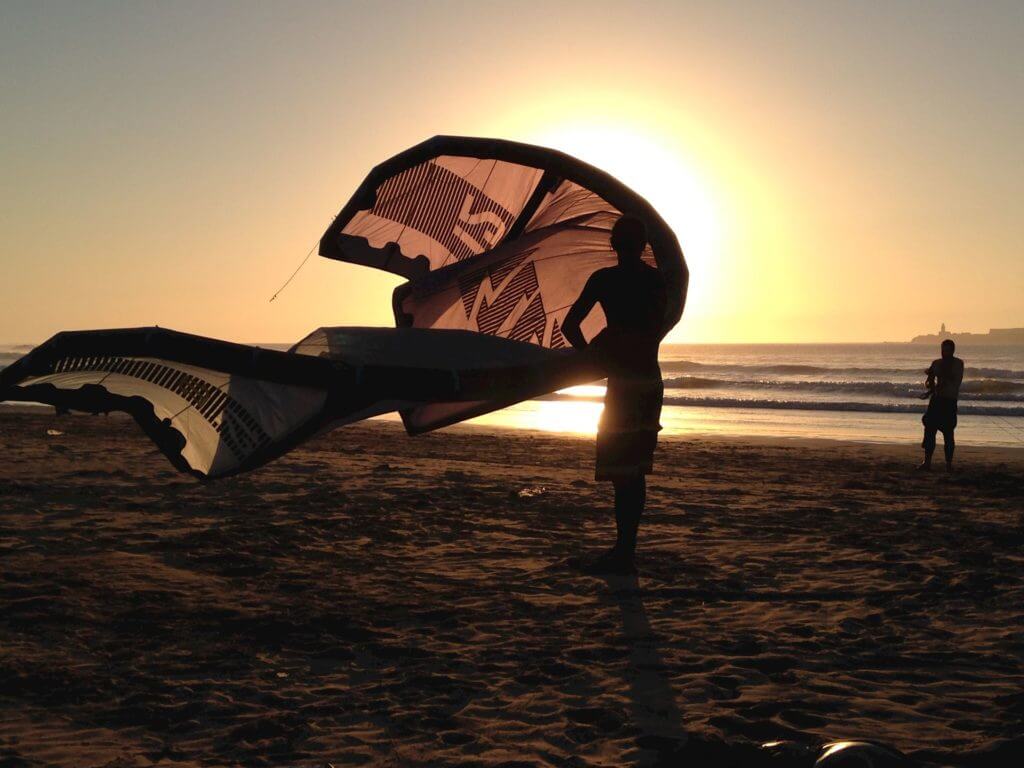 Catching the last of the rays in Tarifa

30 kilometers up the eastern coast from Tarifa, Palmones is a spot to keep in mind when the Levante wind blows too hard at the usual spots (it can easily blow more than 40 knots with gusts even higher than that). Now, Palmones might not the most beautiful of spots since it’s surrounded by factories, but there’s a rare flat water lagoon here and a sandbar further out that creates some clean little waves when the tide is right. Plus there’s plenty of space on the water, so you can sometimes beat the downtown Tarifa crowds.

This is where you’ll find the iconic pier that mad-hatters like Ruben Lenten jump over when the wind is super powered up (do not try this at home!). It’s easy to access since it’s one of the closest spots to the town, but it gets crowded pretty quickly since there isn’t a whole lot of space on the water. Between Balneario and Playa Chica around the corner, advanced riders can find some really beautiful conditions for practicing their freestyle- but because of the rocks and the (often) offshore wind, beginners shouldn’t even think about it.

Located 70 kilometers up the coast from Tarifa, it’s quite a stretch to get to- especially if you’re tight on time. That said, if the wind is blowing offshore at all of your usual haunts it’s worth making the trip up to Los Caños for the stable side-shore wind. On days when there’s a decent swell, you can get some pretty nice wave riding, too. 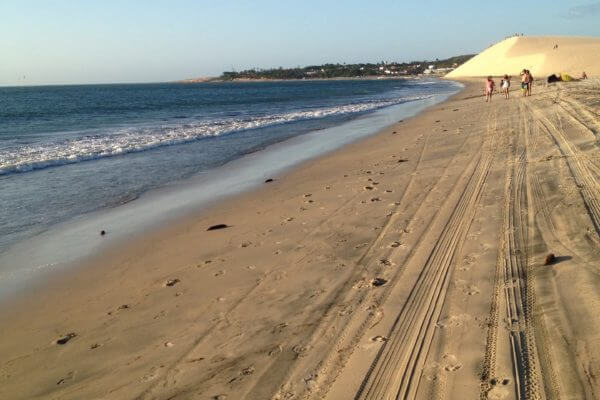