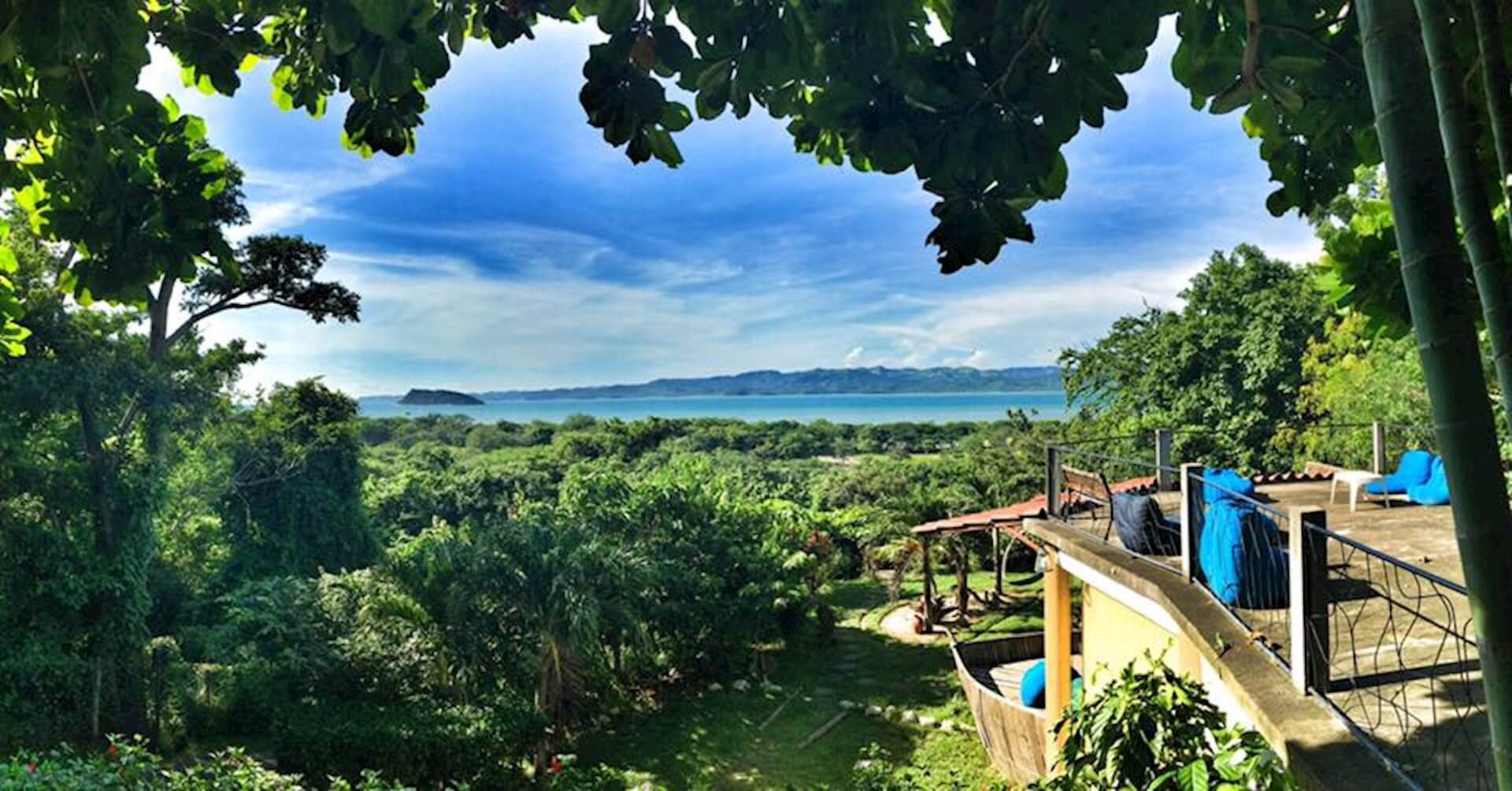 Sharing borders with both Nicaragua and Panama, this sliver of tropical paradise is filled with lush jungle, soaring mountains, wild national parks, and rich marine life.

As if that wasn’t enough to have us packing our bags already, Costa Rica tempts us even further with its long kiteboarding season that brings strong, reliable winds virtually every day from November onwards- perfect for kitesurfers looking to escape the cold winter months in their home country.

Costa Rica enjoys a long season with strong, consistent wind and a mix of water conditions to suit every level and style of kitesurfer.

The western coast is exposed to the Pacific Ocean, which is where you’ll find the best kitesurfing in Costa Rica. The other side, which faces the Caribbean Sea, is less developed in terms of its kiteboarding facilities (though if you’re willing to do some solo exploration, there are a handful of potential spots).

The main season runs from November to May and peaks between December and March. During this time, Costa Rica’ main kite spots enjoy daily wind that blows 18-23 knots on average- though it’s not uncommon for the hotspots to get in excess of 25 knots on certain days.

By virtue of Costa Rica’s warm, tropical climate, you most likely won’t need to wear a wetsuit at any time of the year. That being said, some people do still choose to wear a shorty when the wind chill kicks in.

During the high season, the most common kite size is 8m for average weight riders. Check the forecast for the time of your trip; if it’s looking like a high wind week, you might consider bringing a smaller size as well.

Board-wise, you have a range of options depending on your riding style. There are plenty of flat water spots, ideal for twin tip freeriding and wakestyle, as well as some clean reef breaks which call for surfboards.

If you’re prone to feeling the cold, you may want to consider bringing a shorty- but in general, you won’t need a wetsuit. However, booties are recommended since a couple of the main kite beaches have some sharp rocks and broken coral. If you don’t have your own, they’re available to rent from the local facilities. 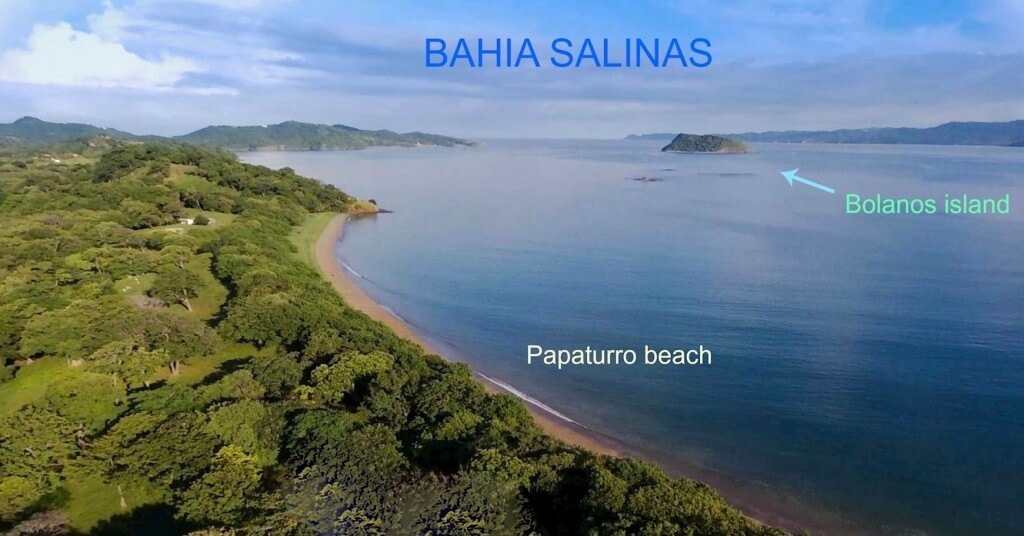 Generally considered to be the most popular of the Costa Rica kite spots, Salinas Bay sits on the northwest coast right next to the Nicaraguan border. The large, crescent shaped bay is sheltered from the open sea by an outer reef, which keeps the conditions inside the bay relatively calm. That being said, the strong winds here can often be quite gusty. Beginners might find it more enjoyable to wait until the stable, lighter wind kicks in during the afternoon.

The interior lagoon is mostly flat, with some small, gentle waves- though it can become choppy when the wind picks up. At the back of the lagoon, you’ll find some small, clean waves forming off the edges of the reef- perfect for beginner and intermediate wave riders looking to test their skills. The beach is made up of a mixture of sand, rocks, and pieces of coral, so booties are recommended.

There are several separate beaches within the Bahia Salinas area, including the popular Playa Papaturro, Playa Coyotera, and Playa Copal, where local kite schools can be found. Throughout the bay, there are a number of kiteboarding clubs with all the facilities you could ever need when it comes to equipment rental and kitesurfing lessons in Costa Rica.

Complete your kitesurfing experience in Salinas Bay by staying in the dedicated kite villa nearby. Choose between staying in a dorm or private room inside a shared villa (with its own private pool!) along with like minded kiters and travelers. Alternatively, those looking for something a little more intimate should check out the nearby resort, hidden away in stunning natural surroundings.

Just 2 hours inland from Salinas Bay, Lake Arenal offers a whole other perspective on Costa Rica’s kitesurfing scene. Lake Arenal is the largest lake in the country, and during the high season experiences strong, but often gusty, winds of 25 knots on average.

The wind is so reliable, that it’s actually considered to be one of the best kitesurfing lakes in the world. On top of that, the surrounding views are sure to impress: on one side there’s an impressive volcano, and on the other side there’s thick, wild jungle.

The northernmost side of the lake, home of popular kite spots Tico and Tilawa, gets the best wind (which can blow 24/7 during certain periods in the high season). Water-wise, it’s mostly flat with some easy, gentle waves that don’t break; suitable for beginner, intermediate, and advanced riders alike.

There are a handful of on-site kite facilities, and it’s also a common tour stop for kite clubs from other areas of Costa Rica.

Set into the southern coastline, these twin villages are known for their incredible surf conditions- but catch it on a day when the wind blows just right, and this little stretch of the southern coast turns into a kiter’s paradise. From January to April it’s common for these beaches to get 15-20 knots of clean cross onshore wind.

For those of you who surf as well as kite, this is an ideal place to bring both your surfboard and your kite gear so that you can make the most of the conditions- no matter what they are.

The villages themselves are small and quaint, though Saint Teresa in particular is growing fast. Nowadays, there are plenty of guesthouses, restaurants, internet cafes, and of course- watersports centers.

Popular kiteable beaches along this area include Playa El Carmen, Playa Hermosa, Playa Santa Teresa, and Malpaís. Saint Teresa is arguably the best-equipped of all when it comes to kite facilities. There are a handful of kite schools there that offer lessons, rentals, and tours to the nearby spots.

The most southerly kitesurfing spot in Costa Rica, Playa Pavones is best known for its surfing- in fact, it’s rumoured to have one of the longest left breaks in the world. Most of the time, the offshore wind is more suited to surfing than kiting, but occasionally the direction shifts and it works for kitesurfing too. If you get lucky, you might end up being one of the few kites on the water.

Less than an hour’s drive from San Jose, Puerto Caldera is a popular beach for tourists looking to escape the swelter of the city. During the season, Puerto Caldera sometimes receives some late morning breeze which can easily end up building to 15-20 knots.

Though the beach itself is quite busy and the location certainly doesn’t rival the main kiteboarding spots in Costa Rica, it is a good choice for those who are desperate to squeeze in a session before flying out of San Jose.

Costa Rica’s main international airport, the International Airport Juan Santamaria (SJO), is a 5-hour drive away from the most popular kiteboarding spot- Salinas Bay. The public transport system is relatively good, so no matter which spot you’re headed for you should be able to connect from San Jose quite easily by bus.

However, if you’re headed for Salinas Bay, you may be better off flying into the International Airport Daniel Oduber Quiros (LIR) in Liberia which is just over an hour away from the spot.

>>>> Check out the bstoked experiences in Costa Rica >>>> 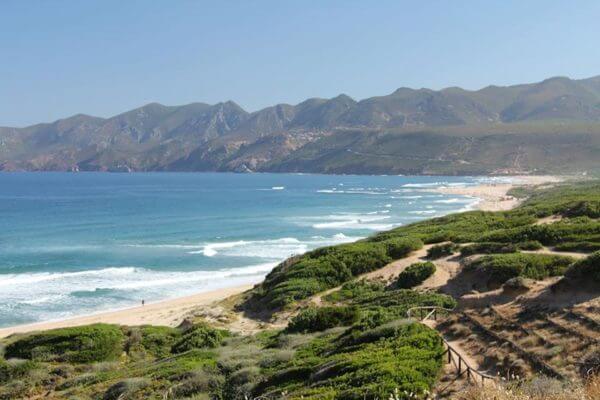